Last month we began a discussion about risk. Most of what we discussed was basic, which isn’t to say unimportant, and certainly uncontroversial. This month we take a deeper dive into “risk” and the conclusions might be more “unsettling”. Let’s think about risk in the big picture. What truly are the most serious risks we face? Not only as investors, but as a species on this planet and in this universe. I began this whole exercise after hearing repeatedly during the two-night Democratic debates in July 2019 about the “existential risk” of climate change.

The statement that climate change is an “existential threat” has been used so much recently as to almost become hackneyed (Google it!). It is part of the stump speech of a number of expolitical leaders at all levels of government (both here and abroad) and is regularly cited by media pundits and academics. An “existential” threat is one that puts the continued survival -- the very “existence” -- of humanity at risk. That climate change is such a threat is absurd. Note: this has nothing to do with being a “climate-change denier” or anything like that. Let’s stipulate that climate change is occurring and that the consequences are at the extreme end of current forecasts. This entails some temperate areas becoming more arid, more heat waves in the summer, heavier localized rains, higher sea levels that will flood many low-lying areas, and maybe more severe storms (it’s possible a more uniformly warm planet will lead to less severe storms as storms are driven by the gradient between temperatures). These events would no doubt cause some deaths, cost a lot of money, and require some significant migrations – but not wipe out or even threaten our very existence! For one thing, the effects of climate change unfold over decades-long horizons, allowing a lot of time for people to adjust (move away from coastlines, build seawalls, select or hybridize new crops, move to more temperate areas, etc.). 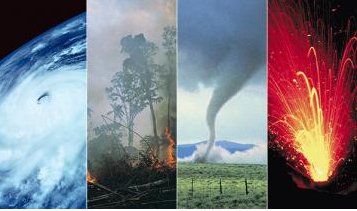 Let’s look at several other major risks, namely earthquakes, tsunamis, and volcanoes. These are serious risks to human life and property. For example, the 2010 earthquake in Haiti killed over 300,000 people, the 2004 tsunami in southeast Asia killed over 225,000 in 14 countries, and the Tambora volcanic eruption of 1815 in Indonesia killed over 70,000 (given the population of Indonesia today, the death toll would be multiples of this from another such eruption). As serious as these threats are, they are not even close to existential – all are “localized” events. Certainly, they can wreak great havoc over a significant region, but none threaten humankind globally. An 8.5 quake in southern California, an eruption of the Phlegraean Fields supervolcano near Naples, Italy, or another tsunami in Japan or Bangladesh (all ultimately inevitable) will be regional catastrophes and residents around these (and other similar sites worldwide) should take what precautions they can.

Let’s ramp up the threat severity. Ever since Luis and Walter Alvarez demonstrated in the early 1980s that the dinosaurs went extinct 65 million years ago due to an asteroid impact (on what is now the Yucatan Peninsula of eastern Mexico), scientists and policymakers have been seriously concerned with this threat (the U.S. Government has a program to catalog and track near-earth asteroids). It is known that a number of extinction-level impacts have occurred throughout Earth’s history. Another could happen at any time. However, the solar system is “cleaner” now than it was in its early years so impacts have become less likely and monitoring has found a large number, if not most, serious impactors, none of which currently pose any threat. Also, if a threatening object is found in the future it is possible we have the ability to “nudge” it off course.

So what’s left? Unfortunately, there are two very serious risks we face that, if not existential, certainly could end modern life as we know it: a viral pathogen and a large-scale power blackout. Both are “modern-made” threats, and unlike volcanoes, earthquakes, tsunamis, asteroid impacts and other “Acts of God” (storms, fires, etc.) for which we have actuarial data on frequency and (except for asteroid impacts) know the locations of greatest risk, the probability and scope of these risks is hard to assess.

If a virus with the lethality of Ebola or AIDS attained the contagiousness of the common cold it could wreak havoc. Normally, the lethality of a virus is inversely correlated to its ease of transmission, but it’s not impossible to combine the two traits. Global interconnectedness could allow such a mutation to spread much faster than the flu epidemic of 1918 that took 50 million lives worldwide (3x as many as died in World War I). Check out Richard Preston’s new book “Crisis in the Red Zone” for more on this if you are sleeping well and instead want to lay awake at night worrying!

The threat posed by a significant shutdown of the grid is perhaps both more likely than a mass pathogen and also more deadly. The dependence of civilization on the continuous flow of power is a modern phenomenon, barely a century old even in the most developed countries. A significant interruption of this flow over a wide area for even a modest amount of time would be catastrophic. The “grid” faces threats from hacking, terrorism, acts of war (an electromagnetic pulse attack), and solar flares. Hopefully, we can continue to keep the man-made threats at bay. This requires constant vigilance (by governments and the private sector) to identify and thwart threats and continually making the grid ever more robust. The latter need is a two-pronged problem. One is that parts of the grid (particularly in more development countries) are getting old and the other is that rapid growth has made understanding how it all fits together tougher. This summer’s “unexplained” blackout in central Manhattan is an example.

The threat from space is much harder to gauge. Since the dawn of the electromagnetic age in the 19th century there has been only one truly severe solar eruption, the Carrington Event of 1859. It resulted in disruption of the telegraph network and the sparking of fires and explosions at telegraph centers. A flare of this magnitude today would cause widespread problems, from damaged satellites to major blackouts. Fortunately, in 2012 we missed finding out how bad it would be as a major cosmic storm missed Earth by a mere eight hours. A problem with this threat is that we have little evidence of how likely it is or how strong such storms can be. Unlike floods, earthquakes, and volcanoes, solar flares don’t leave much of a trace in the geological record. So we don’t know if the Carrington Event was a 1-in100 year event or a 1-in-1000 year event, or something else. We also don’t know how much stronger such an event might be. Again, “hardening” the grid is important. As important, or more so, is civil defense preparedness, which seems to have disappeared since the days of “duck and cover” nuclear-defense drills. I’d like politicians of all stripes to heed Patton’s advice and discuss how we cope with these issues. If I’m going to lie awake at night worrying, at least I want the lights on! 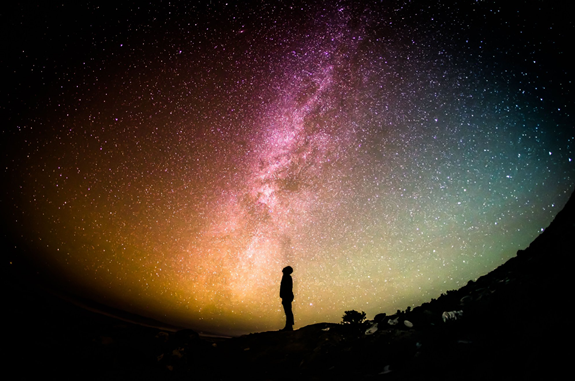