There can be no great accomplishment without risk.

This month’s piece is the first of a two-part look at risk. Not just “portfolio risk” in the traditional financial sense but risk more generally, though we will address how investors should think about risk. First of all, what is risk? Merriam-Webster defines risk as “possibility of loss or injury” and most other sources say essentially the same thing. Thus, there are two components to risk, the severity of the loss and the probability of incurring it. The former is usually much easier to determine. People are notoriously bad at estimating probabilities and this leads to many bad decisions when it comes to comparing risks. Almost exactly 3000 people were killed by the terrorist attacks on September 11, 2001. Potentially hundreds more have died of health-related issues from toxic exposures during the clean-up. However, according to Gerd Gigerenzer (a German academic specialist on risk) an additional 1595 died in car accidents after 9/11 because they chose to drive instead of fly.

This example raises interesting questions about how to measure risks. Is flying really a safer way to travel than driving? In terms of deaths per distance traveled, travel by automobile is 62x riskier than that by plane. In terms of deaths per trip, plane travel is 3x riskier. We take a few long trips by plane but many short trips by car. Interestingly, space flight really illuminates this dichotomy. Per distance traveled, space flight is only twice as risky as driving, but per trip it is 425,000x worse! There have been 325 manned space flights in history, four of them resulting in fatalities. 561 people have been in space and 18 have died getting there or back (not including on the ground deaths like those in the Apollo 1 fire). The trip is hazardous but once you get there you travel a long way safely. U.S. astronaut Scott Kelly made four trips to the International Space Station but traveled almost a quarter of a billion miles in his 520 days there. I wonder if all those “space tourists” who have signed up with Richard Branson have thought this through!

The above comparisons were based on “total loss”, or fatalities. If we include partial losses (injuries, lost functionality, medical expenses, lost wages, etc.) automobile travel fares far worse. Most air crash victims (and virtually all spacecraft victims) do in fact die, while far more people are injured in car accidents than are killed. This demonstrates that we can err in assessing risk not only by misjudging probabilities, but also by not considering all the types of losses, or by ranking them wrong. 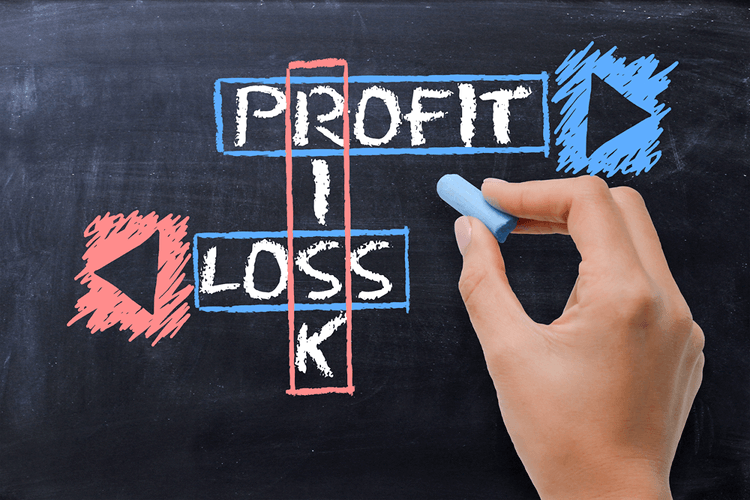 When it comes to money, what does “financial risk” mean? In finance, risk is generally taken to be “volatility”, which is defined as the standard deviation of the returns of an asset. Higher volatility means that the price of an asset bounces around more and can be interpreted as the expected width of the range of prices of the asset on a given future date. Zero volatility means we are certain about future value, as with a T-Bill or bank CD. Volatility is the key input to most financial models and metrics today, including the Black-Scholes option valuation model, the Capital Asset Pricing Model (the cornerstone of modern finance), risk-adjusted return measures such as Sharpe Ratio, and Morningstar ratings of fund managers.

Volatility is a very useful concept and its incorporation into Modern Portfolio Theory over the past 50 years has been an enormous advance in understanding and controlling portfolio risk. Yet, as a tool for the individual investor its value is limited and may even lead to sub-optimal decisions. As we showed last month, over time, portfolio value increases more if making regular investments in a higher vol market than a lower one.

As horizons become even moderately long (say, five years plus), volatility becomes fairly unimportant and, as previously discussed, might even run counter to our decision- making process – we want volatility over the long term. The key to avoiding a shortfall is to have the correct asset allocation over time, this usually means a strong bias towards equities early, drawing this commitment down as the horizon approaches.

Avoiding unrecoverable losses is a key to getting to your horizon target. Consider Black Monday, October 19, 1987. The U.S. stock market was down 23% that day, easily the worst day in history. We experienced a bear market (something we have avoided for over 10 years now) in the last two hours of trading that day. But how disastrous was it? The S&P 500 was actually up a bit over 2% for the year 1987; so if you had been on a long vacation and out of the news loop you’d never know it happened! The market recovered to its pre-crash highs by the spring of 1989 and tripled over the ensuing decade. Losses like those in Enron and Lehman Brothers (stocks that went to zero) are what need to be avoided. Even for those banks that survived the 2008 crisis, stock losses are virtually unrecoverable (Citigroup is still down 87% from the early 2000s). The lesson is, as always, stay very well diversified and think about default probabilities.

A case study on this latter concern is Tesla. Nothing against Elon Musk or his cars (I have driven them and they are marvels), but there a lot of reasons to be cautious: (1) the cars are expensive; (2) they face increasing competition from virtually every other auto manufacturer (most of whom have much deeper pockets than Tesla and the ability to absorb losses because they sell profitable pick-up trucks and SUVs); (3) the company has substantial debt (some due in the not too distant future) and (4) the company is still burning cash at an alarming rate. The history of independent car makers in the era of GM-Ford-Chrysler is littered with relics like Tucker, Bricklin, and DeLorean. Drive safely!

Next month we will go up to 40,000 feet and consider risk in an existential context – and some of the conclusions might be unsettling.