My first wish is to see this plaque of mankind, war, banished from the earth.

“This time it’s different” is an oft-repeated remark by economists and market pundits (and the title of a 2010 book by Harvard economists Carmen Reinhart and Ken Rogoff).  In a literal sense it’s always true, each time is different; but figuratively, it is often false as “history repeats itself” and the next cycle looks a lot like past ones (the point of Reinhart and Rogoff’s book)..  However, with respect to several dominant themes in the history of civilization, this time is different.  In just the two decades of this millennium two trends in particular have emerged, somewhat unexpectedly and faster than anyone imagined, that are already transforming our life on this planet.  They have flown under the radar in a storm of political controversies, global warming alarmism, and other more “pressing” concerns that dominate the news.  That’s sad, because they are overwhelmingly positive trends.

I’m not talking about smartphones or the growth of the internet.  No doubt these are major developments, with many positive (and negative) consequences.  It is interesting to hear those who comment on such things talk about how “revolutionary” and “altering” these technologies are (along with AI, robotics, etc.), but it is the conceit of every generation that they have invented THE transformative technology.  I have no clue how to rank such things, but electricity, automobiles, and air travel were pretty transformative in their day (and on some type of “percentage-change scale” maybe of greater import than even the internet).  The printing press was pretty transformative in its day too!  And no doubt the coming decades will bring advances that, in Arthur C. Clarke’s words, would seem like magic to us now. 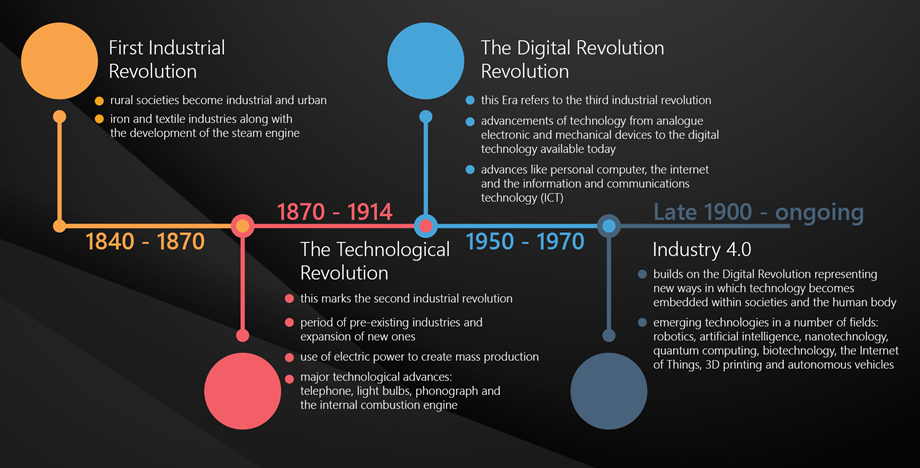 The two developments that I want to address are the decline of warfare and the slowing of population growth (which I will address next month).  As any student of history knows, war has been a constant theme of human history and has shaped the geo-political climate in which we all live.  According to “What Everyone Should Know about War” by Chris Hedges (and excerpted in the New York Times in 2003), only 268 of the last 3400 years have seen the world without a significant war (defined as causing at last 1000 deaths).  The cumulative death toll is perhaps a billion people; the pain, suffering, and loss to the living incalculable.  The non-human cost is also daunting.  Wars lead to the destruction of ports, ships, railway lines and terminals, airstrips, bridges, factories, and other infrastructure that is particularly productive.  Not only does this lead to immediate deprivation, but mountains of capital and labor are needed to replace lost capacity that could have been employed far more productively.

Fortunately, over the past 600 years this toll has been trending down, with the truly horrific instances now long past (see, for example, the An Lushan Rebellion or the Wars of Genghis Khan, who killed nearly as many as the Black Death).  The absolute carnage though has, even recently, still been quite high.  In just the 20th century (the one in which virtually all reading this were born), approximately 160 million were killed in wars (and because of modern means of waging war, the capital cost was particularly high).  Around 2000, something remarkable happened:  war almost stopped!  A chart (see Vox.com) of war deaths per capita over the centuries suddenly drops to near zero at that time.  In two decades of this century, cumulative war deaths are less than 1.5 million, not even an average year for the 20th century. 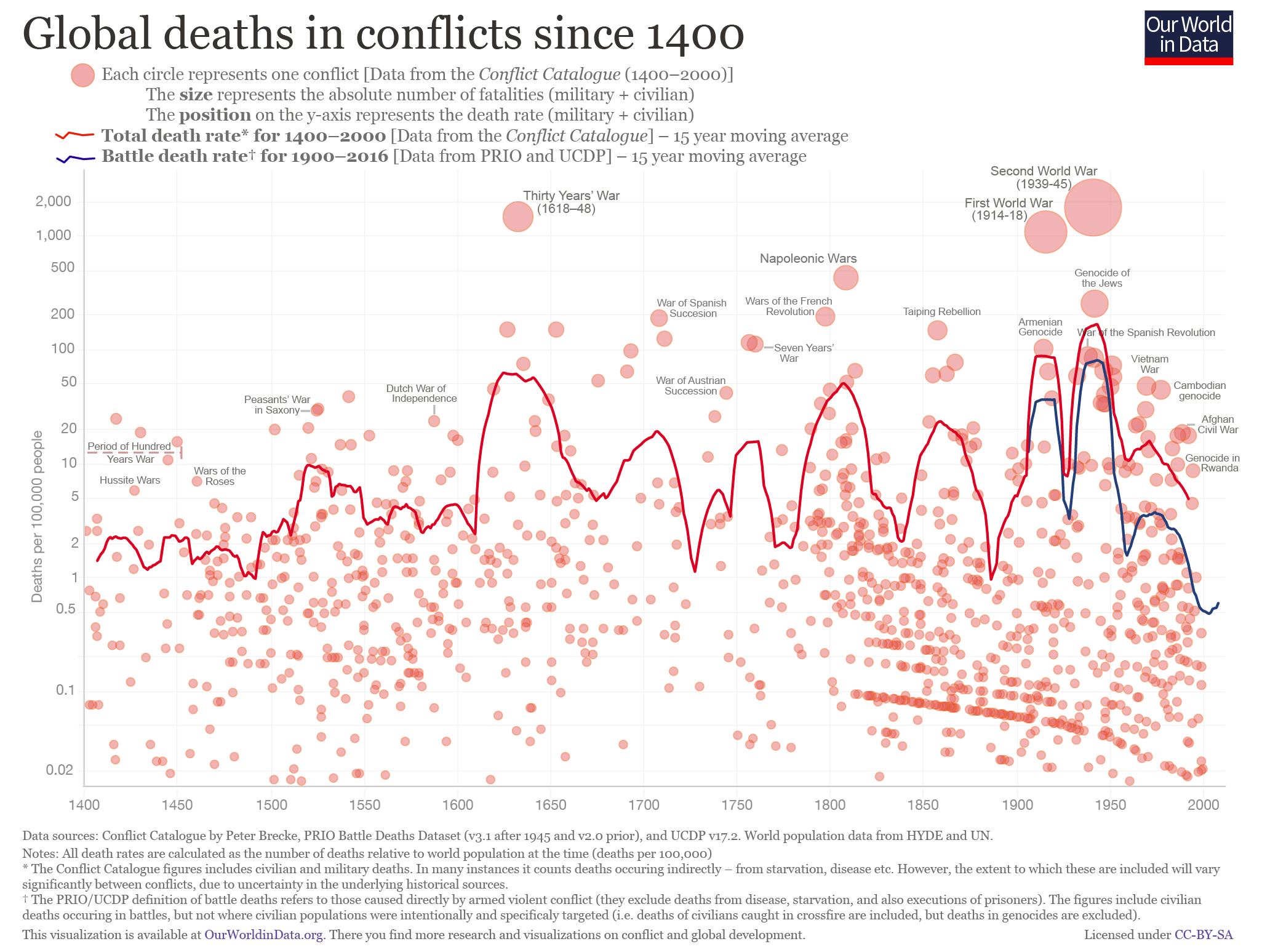 The benefits to this state of affairs are many.  The saved lives and property are obvious, but there are numerous other benefits as well.  The psychic benefits alone are huge.  It is vastly more pleasant living in a world not dominated by war news -- are you old enough to remember newsreels of war footage at the movies during World War II or the “body counts” on the nightly news during the Vietnam War?.  Millions now live without the fear that the mail contains a draft notice.  Companies and markets benefit from new markets and unthreatened supply lines.  People travel (and spend!) globally with little fear of being caught up in conflict.  The list is long.

It is not our purpose here to debate why and how quickly the world changed, that would take much more ink than we devote to these notes.  Some (such as Nassim Taleb) have argued that it is a temporary statistical blip; others (such as Stephen Pinker) that it is representative of a fundamental and permanent change in the way we live.  We’ll go with the optimistic camp, believing that humanity did turn a corner at the beginning of this century and that old George’s wish is indeed being realized.